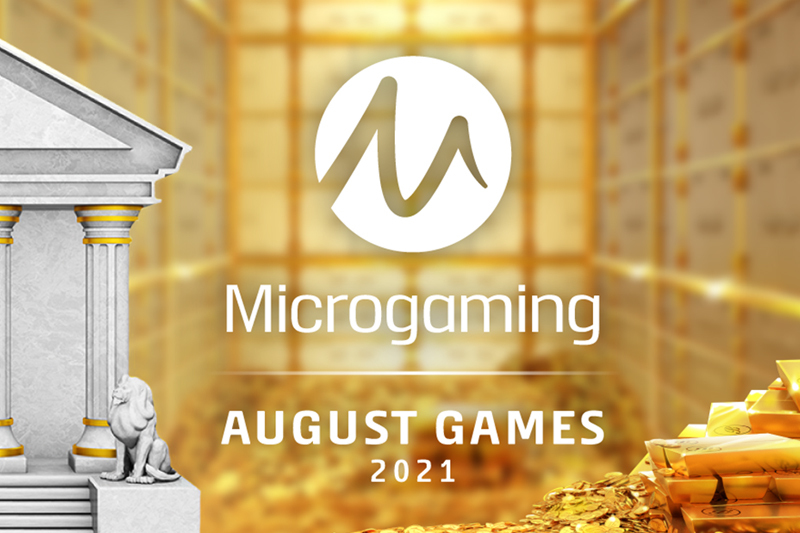 Microgaming has rounded up a searing lineup of August releases from its exclusive studio partners, all packed with features and mechanics designed to further heat up the gameplay.

Online casino content provider kicked off the new month with the August 3 rollout of the ancient Egypt theme Kingdom of the Scarabs.

The game was designed by Just For The Win and offers players the chance to join the mighty Pharaoh and Cleopatra in this 30 payline slot adventure that includes free spins, expanding wilds and the unique Cleo Bonus which is activated when 100 scarabs are collected.

August 5th saw the release of the latest thrilling title from Triple Edge Studios – Sisters of Oz: jackpots. This enchanting online slot machine is bubbling with magic and mystery and offers great possibilities for winning. It is equipped with 20 paylines, fixed jackpots, Jumbo Block symbols and free spins where each spin offers guaranteed Jumbo Blocks.

Those who miss Westeros and its conflicting monarchs will be delighted to hear that a new Game of Thrones online slot is on the way. Game of Thrones Power Stacks from Slingshot Studios has its premiere scheduled for August 10 to showcase the innovative Power Stacks mechanic. The game features some of the favorite characters from the popular book series and TV show, including Jon Snow, Daenerys Targaryen, Sansa Stark, The Night King, and Tormund Giantsbane as they battle it out on the Iron Throne.

The next step in Microgaming’s lineup of new releases in August is Captain Silver’s Book by All41 Studios. The game will launch on August 16 to present players with a swashbuckling adventure packed with free spins, expanding symbols and the chance for players to win 10,000 times their stake in the Captain’s Wheel Bonus where they can. spin a wheel and land one of four fixed jackpots.

On August 17th, Alchemy Gaming will present the newest addition to its portfolio – Africa X UP. This exquisitely designed new slot machine offers players an adventure in the African plains where they can experience the powerful new X UP feature for the very first time.

The new feature is triggered by two scatter symbols to award an X UP token which increases the player’s multiplier during free spins up to 25x. The game also comes with a purchase bonus feature if players don’t feel like waiting to activate the free spins mode.

The game was developed by Triple Edge Studios to take players on an underwater adventure with Rollers and up to 117,645 winways per revolution. The online slot machine is also equipped with free spins, volcano retriggers and infinite multipliers.

Another new Megaways title is set to debut this month. Break da Bank Again Megaways from Gameburger Studios will be released on August 24 with the Megaways Mechanic, Rolling Reels, free spins with unlimited multiplier, and feature purchase options.

If players want to participate in the free spins game, they can choose between 10, 15 and 20 free spins with a 20x starting multiplier for a cost. They can add more free spins when a scatter lands on the reels during free spins mode. Each winning spin during the feature increases the multiplier.

Last but not least, Microgaming and fans of its work will be able to come to Olympus on August 31 when SpinPlay Games’ Amazing Apollo Link will be deployed. The game represents the latest Amazing Link release from the innovative studio and also comes with a free spins game.

Microgaming has also expanded its table game offering this month with the addition Real roulette with Rishi by Real Dealer.