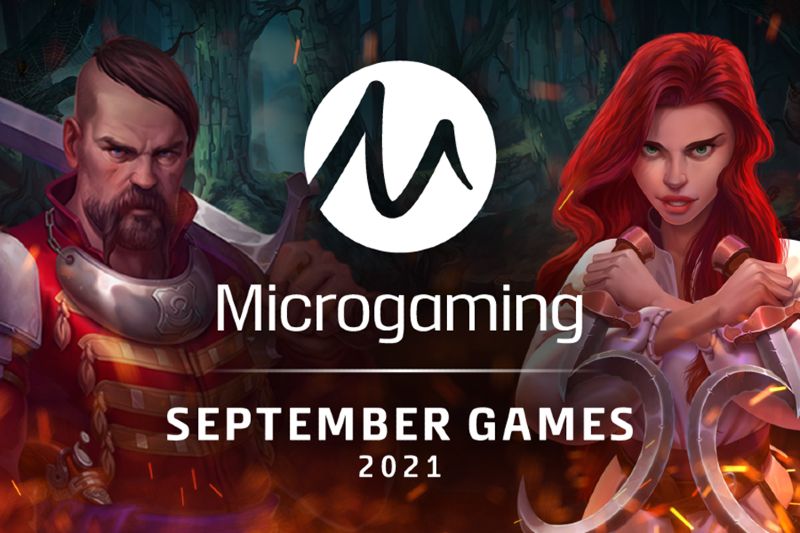 Microgaming once again has a plentiful lineup of new upcoming online casino games that will further enhance its already content-rich platform.

Games slated for release throughout September include a new Mega Moolah progressive jackpot slot, a Megaways title, and a few versions inspired by old times, among others.

The leading provider of online gaming software kicked off the new month on Tuesday, September 7 with the rollout of Cossacks: the wild hunt by Foxium. This adventure-packed online slot comes with three Cossack Raid Heroes and offers up to 46,656 winways, free spins, cascading reels and the WonderWays mechanic.

A special Release the Wilds feature triggers randomly during the base game to release the blades on the reels and turn symbols into wilds to increase the chances of winning combos. The To Arms feature sees arrows flying across the reels during any round, with the hit symbols changing to form six-man wins.

The God of fire Northern Lights Gaming’s next slot is expected to be released. The game is scheduled for September 9. Equipped with the Ultraways mechanism, this fiery online slot machine offers up to 60 million winways and offers a potential for winning over 18,000 times a player’s stake.

Explosive Wilds in the game can be spotted exploding on the reels to reveal single, double, quadruple, or blue Wilds that dramatically increase the potential for victory. God of Fire also offers unlimited free spins where the god can award multipliers, wilds, or a upgrade bonus. If players collect 60 near misses, they unlock Super Free Spins mode where bonuses are offered every spin.

A new Jurassic World title is set to join Microgaming’s game library, this one titled Jurassic World: Raptor Wealth. The game is expected to go live on September 22. It was developed by Fortune Factory Studios and offers exciting themed features such as the mighty Indoraptor and Walking Wild Respins. It also comes with free spins, a multiplier track, and four different jackpot bonuses.

Mega Moolah is a name that every slot machine enthusiast recognizes. Microgaming’s legendary progressive jackpot network is set to grow on September 30 when Mega Moolah the witch’s moon is about to be released.

Developed by Aurum Signature Studios, this enchanting new game features free spins, multipliers and of course the chance to win a Mini, Minor, Major or Mega progressive jackpot when the Mega Moolah jackpot wheel is activated.

Other games that should be part of Microgaming’s vast library include Gong Gaming Technologies’ Ascension: rise to wealth (September 20) and Lucky O’Mega (September 13). The first slot machine will feature the EpicStrike mechanism for increasing payouts, while the second will offer cash respins and instant cash prizes.

Just For The Win is about to be released The great riches of the boom September 14 with Rolling Reels, free spins, cash prizes and a host of other features, while SpinPlay Games will debut Alice in the Wilderness September 28 with 40 paylines, Copycat Wilds, Cheshire Multipliers and free spins on two separate reel games.