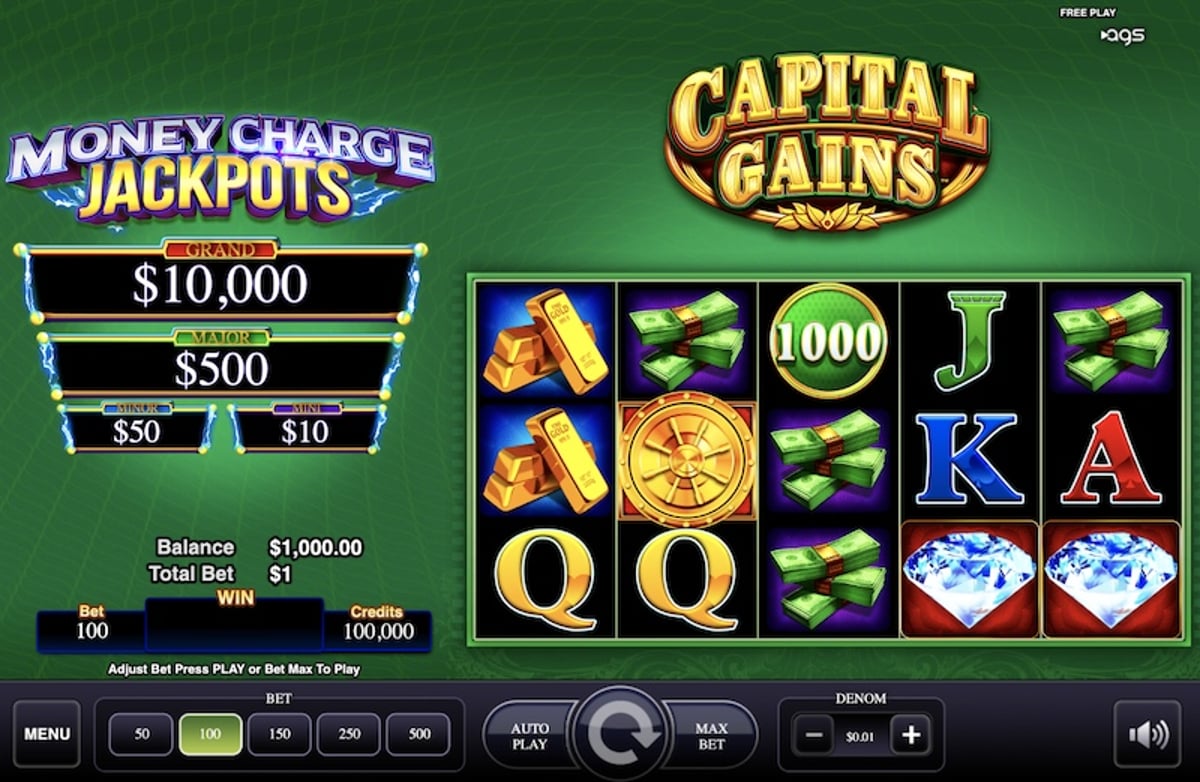 New Jersey online casino players who played on an interactive slot machine made by American Gaming Systems (AGS) are seeking compensation for a technical glitch that incorrectly told them they won big.

Plaintiff Lisa Piluso, a suburban Philadelphia resident who works in Wildwood, NJ, alleges she was defrauded of a $100,000 jackpot by AGS after the company claimed it was an operating error. Piluso was playing on an AGS internet slot called “Capital Gains”.

I’m an experienced online gambler and I was shocked when AGS officials told me they weren’t going to pay out even when I showed them the screenshot I made of the jackpot of $100,000”, Piluso said in a statement provided by his attorney Paul D’Amato. “They said I actually won about $300, but then they offered me $1,000, saying they were ‘nice people’.”

New Jersey’s Division of Gaming Enforcement (DGE) says its internal investigation found there was indeed a bug in the “Capital Gains” game, and AGS was later fined $1,000 by the DGE. state gaming regulations.

D’Amato, a former New Jersey lawmaker who served on the Assembly’s Tourism and Gaming Committee, explained that his client legally gambled online through the Caesars Atlantic City platform. D’Amato filed the lawsuit on behalf of Piluso in the U.S. District Court in Camden.

The plaintiffs are suing

AGS is a publicly traded game maker with a market capitalization of nearly $300 million. D’Amato says a $1,000 slap in the face from the state is unfair.

“Mrs. Piluso first learned that she had hit the jackpot. Then the stories changed and she was informed that there was a ‘bug’ in the game that had resulted in her jackpot. How many more players been denied their winnings under the same circumstances?” d’Amato asked.

the Associated press reports that there could be at least 14 players who also thought they had hit the game’s jackpot. The outlet reports that 14 players, including Piluso, have filed complaints against AGS over the “capital gains” issue.

New Jersey Assistant Attorney General Jennifer Russo-Belles told D’Amato that an error resulted in some bonus symbols revealed on one spin not being properly cleared before the next game.

“This error made the customer(s) believe that their bonus round wins were greater than the actual wins,” Russo-Belles explained.

Long chances of lawsuits in force

There is a long legal precedent that prevents manufacturers and gaming operators from being forced to pay out on slot machines and malfunctioning electronic gaming devices. Slot machines and other gaming terminals come with disclaimers warning players that technical errors void the games.

In Atlantic City, every slot machine has a notice that reads, “Malfunction voids all payouts and games.” The same protection is granted to iGaming.

So why do malfunctions often lead to the display of jackpots? The Nevada Gaming Control Board explains:

“With each pull of the handle or press of the button, a slot machine begins the process of randomly selecting the next alignment of symbols. If a slot machine malfunctions, it cannot complete the random selection process. When a malfunction occurs, some slot machine manufacturers, for engineering purposes, set the reels to stop briefly in the jackpot position.

“When this happens, a player may see the reels stop momentarily on a jackpot. This often leads the player to believe that a jackpot has been won. In recent years, slot machine manufacturers have changed the location stop in an alignment other than a jackpot to help avoid misunderstandings.

Revolution in the hearth of Thai boxing after the Covid KO