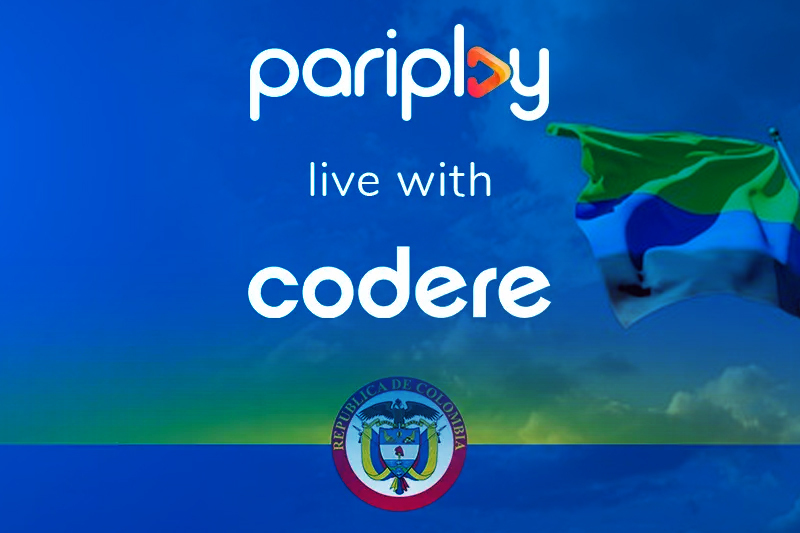 Pariplay online slots are now available with Codere in Colombia

Pariplay titles recently debuted on the games tab of Codere’s Colombia-oriented website as the Malta-based studio seeks to solidify its position in the lucrative LatAm market.

Last year’s deal with Codere was part of a series of such deals that would see Pariplay launch its content in Colombia. The partnership will also see the supplier integrate its games with the Mexican activities of Codere. It should be noted that Pariplay first entered Mexico in early 2020.

Established in 2010, Pariplay is one of the leading manufacturers and aggregators of online casino games. The company currently offers more than 120 proprietary online slots and thousands of game titles from third-party developers through its Fusion aggregation platform.

Outside of Europe and the United States, Latin America has been a market in which Pariplay has sought to expand significantly in recent years.

Portfolio performance to continue to strengthen

Commenting on their latest milestone, Pariplay Commercial Director Christine Lewis said she sees the Latin America region as a “Market with high growth potential” and that their partnership with Codere Colombia will help them significantly increase the audience for their games in this region.

She went on to say that by launching their titles with “Such a leading presence on the market”, they are convinced that the performance of their portfolio will continue to improve more and more.

Codere is one of the leading digital gambling operators in Spain. The company also benefits from a strong presence in Mexico, Colombia and other major Spanish speaking markets.

Teaming up with Pariplay, Sarit Adania, the operator’s casino product manager, said the provider’s slots would help them diversify their existing offer on the Colombian market and that they know that these games are already popular in the country.

The official added that this is an alliance that will certainly bear fruit for both parties involved in “a region that is seeing online gaming grow at a rapid pace.”

Codere operates in Colombia’s regulated online casino and betting space under its Codere Apuestas brand. The company is licensed and regulated by the country’s national regulator, Coljuegos.

It should also be noted that Pariplay’s recent expansion in Colombia is in line with its parent company’s overall growth strategy in Latin America. The provider’s sister operation, BtoBet, which Aspire bought last year under a € 20m deal, has also seen rapid growth in Colombia after signing supply agreements with leading operators in the market such as William Hill and Betfair.

Source: Pariplay games are launched in Colombia with Codere, Pariplay Newsroom, May 14, 2021