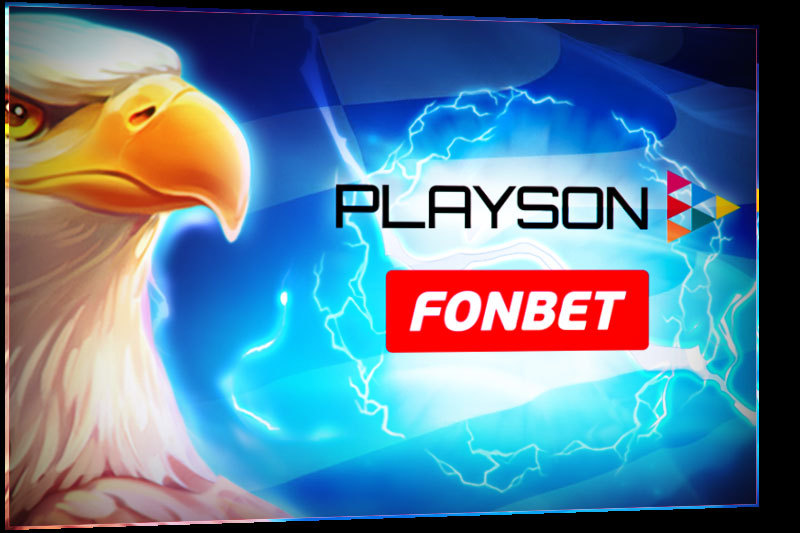 Playson to provide online casino titles to Fonbet in Greece

Online casino game developer and provider Playson has partnered with digital gambling operator Fonbet to strengthen its position in the Greek regulated market.

Fonbet, a European operator, recently obtained a license from the Hellenic Gaming Commission to conduct iGaming and sports betting activities in the recently revamped Greek gaming space and is preparing to enter the market soon.

This new partnership will allow Playson to expand its presence in Greece while strengthening the offer of its operator partner. The deal will see the supplier launch 30 of their games with Fonbet in the Greek market, including blockbuster titles such as Legend of Cleopatra Megaways, Hand of Gold, and Hot Coins: Hold and Win.

News about the newly formed bond between the innovative content creator and the growing operator emerges shortly after Playson announced it had received a Manufacturer’s proficiency license by the Greek gambling regulator.

Greece’s new regulatory regime came into effect on August 1. Among other things, it introduced certain limits on the provision of iGaming services, including a cap on the maximum bet on any online slot machine from 2 € per tour and a cool down feature that prevents players from starting a new round for a period of three seconds.

Glad to support Fonbet in the Greek launch

Commenting on their partnership with Fonbet, Playson CEO Alex Ivshin said they are delighted to be working alongside the operator and supporting them in their efforts to launch their services in the Greek market.

The supplier chief went on to say that this new deal once again demonstrates the confidence new operators place in Playson’s games to boost player engagement and retention. He further pointed out that their content is already enjoying great popularity with players in several regulated European markets and is “Build a solid player base in Greece”, also.

Yannis Zafiratos, vice-president of the operator Fonbet.gr Plumo Limited, declared that to join forces with “Experienced and prominent game developers such as Playson” is an important strategic decision when entering a new market and they are convinced that the content of the studio will allow their brand to attract a large number of customers in the Greek iGaming space.

Playson specializes in the development of online slots and other related products for the iGaming industry. The company’s portfolio currently includes over 75 omnichannel titles available on more than 18 regulated markets. It is licensed by the UK Gaming Commission, the Romanian National Gaming Office (ONJN) and the Hellenic Gaming Commission, and has a recognition notice from the Malta Gaming Authority.

The studio is based in UK, Malta, Ukraine, Romania, Spain, Hungary, Taiwan and now Greece.